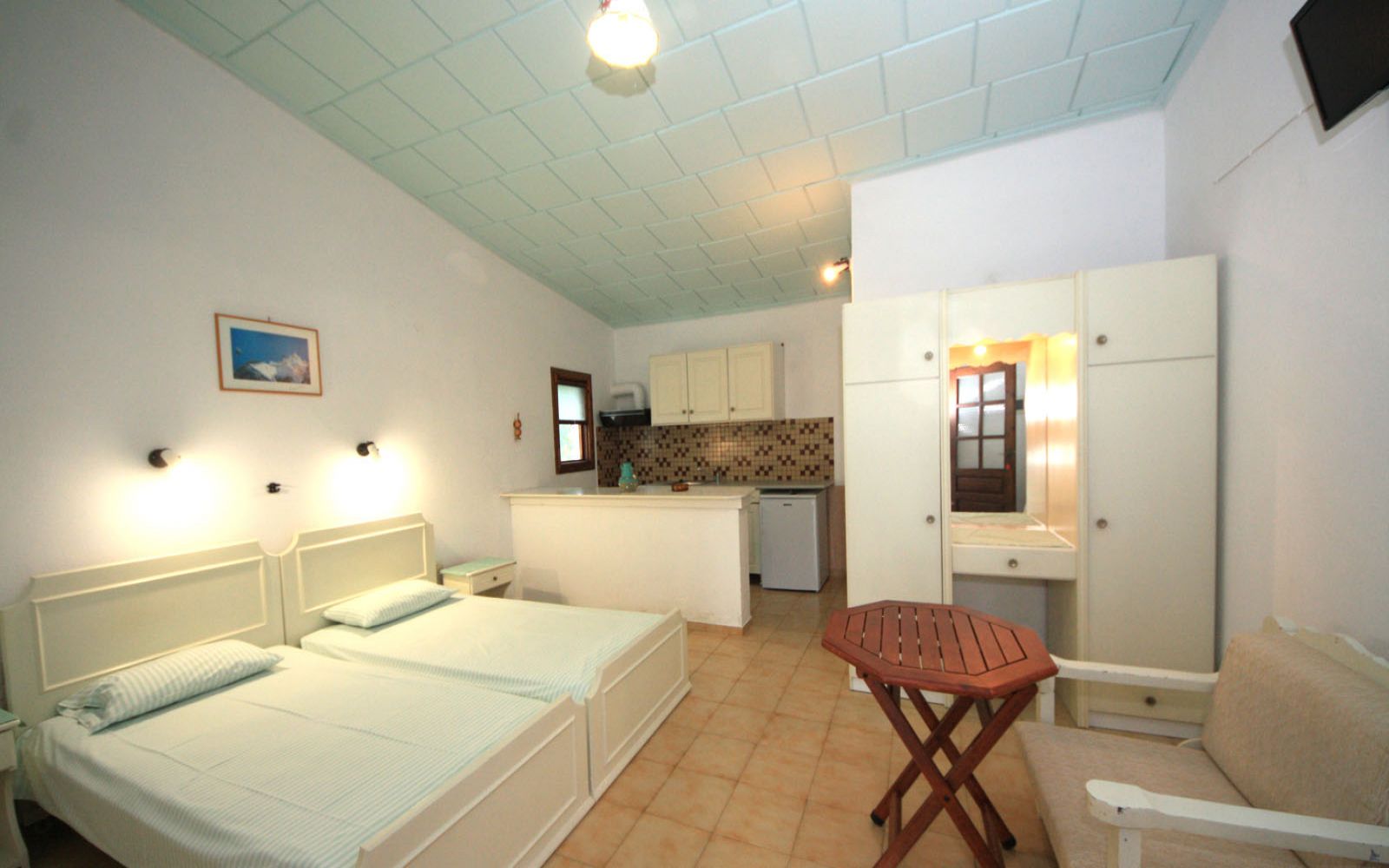 SKIATHOS Mpourtzi. This is a small densely  with pine trees  peninsula in front of the port of Skiathos, which cuts it in half. On the one hand is the commercial harbour and on the other the old port where the small boats, the fishing boats and the small tourist boats dock.In the past, the narrow rocky footpath that connected the peninsula to the town was covered by the sea and the peninsula seemed like an island. Now there is a wide passage.It is called Mpourtzi because in the past it was a fort that was constructed by the Venetians Andreas and Jeremiah Gizi, to protect the town but also as their own residence, when the island was taken over in 1207.It was surrounded by battlements and crenellations, and a tower on each side of the gate. The remains of the walls today do not reveal their height. In the fort there was a church dedicated to Agios Georgios, the patron saint of the Venetians, probably built by the Gizi brothers, and this is why it was also called ôAi GiorgisÆ Castelloö.

In 1660, Fragkiskos Morozinis, a Venetian admiral, took over the island from the Turks, destroying the fort. It was re-captured by the Turks, but in 1823 the Skiathans managed to fight off Topaz Pasha through the derelict crenellations. After the liberation, Mpourtzi became the first pest house of the island. In 1906 the primary school of the island was built in the middle of the peninsula, by donation of Andreas Syngros. The statue  of Alex. Papadiamandis is found at its entrance since 1925. Only the walls of the old fort are saved to date, while the old school has been transformed into a Cultural Centre.There is also a Municipal traditional coffee house in operation.